Hit enter to search or ESC to close
Company News

/PRNewswire/ SMSbiotech, Inc. announced today that a recent study on the interaction between Alveolar Type 2 (AT2) cells (lung progenitor cells) and Small Mobile Stem (SMS) cells demonstrates critical changes to the gene expression of the AT2 cells responsible for regenerating lung cells.

Lung degeneration and destruction is one of the major causes of morbidity and mortality worldwide. Chronic obstructive pulmonary disease (COPD) is a progressive and degenerative lung disease for which there is currently no cure or adequate treatment.

A pillar of regenerative medicine is the use of cells grown in the laboratory for therapeutic purposes. The cell therapy paradigm is based upon the use of “smart drugs.” Unlike the usual small molecule drugs, cell therapy aspires to tackle complex tissue diseases with an arsenal of tools adapted by nature to cause regeneration.

Small Mobile Stem (SMS) cells have a substantial effect on a key player in lung regeneration (alveolar type 2 cells, lung progenitor cells). SMSbiotech has explored these effects at the molecular level, detecting the scope, magnitude, and regenerative potential as to gene expression in these progenitor cells. Results indicate that SMS cells induce important changes to gene expression, upregulating pro-regenerative gene expression, pathogen protection, and lung integrity, while suppressing certain inflammatory and necrotic pathways. These changes encompass more than 1,300 genes and are conducive to lung regeneration and repair. The changes in gene expression of alveolar type 2 cells caused by SMS cells include the stimulation of progenitor cell proliferation, which has been confirmed phenotypically.

These SMSbiotech experimental results open the doors to treatment that could potentially reverse chronic obstructive pulmonary disease (COPD), which has never been achieved before.

About SMSbiotech, Inc.SMSbiotech, Inc. is an early-stage biotech venture based in San Diego County, California. Its vision and purpose are to build a new generation of effective biotherapies that are affordable and highly effective, utilizing its unique small stem cell platform technology. 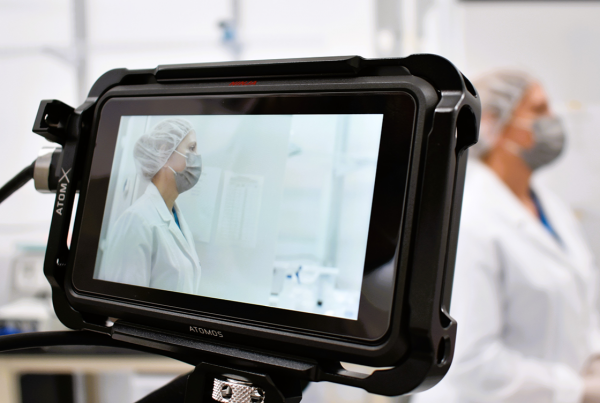 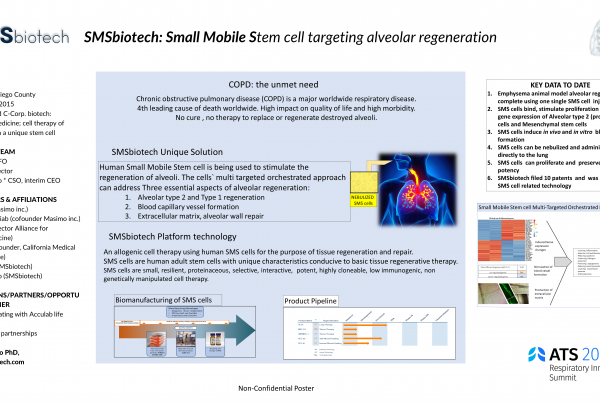